What is Riot Tint®

Riot Tint is the world's first Smart Security Film®! RIOT TINT powered by Smart Tint retrofits to any new or existing smooth glass surface. It will create a barrier slowing down intruders when the glass is broken. Our intelligent sensor will also frost out all windows in the zone taking away the line of sight from the intruder. Every second counts and as you can see from the video.

The demand for smart film security to ensure safety has increased over the past year. Smart Tint®'s Riot Tint™ has recently been certified as the world's first Smart Security Film by a United States full-service and ISO/IEC 17025 accredited mechanical engineering and testing laboratory. Riot Tint™ is a Smart Tint proprietary PDLC Technology with the patented Smart Cling® Self Adhesive backing combined with the 8th generation Hard Shell Nano technology that is taking the industry by storm. Riot Tint™ is revolutionary in delaying forced entry from intruders. This security film creates a protective barrier between your space and the broken glass shattered by unwanted guests. The cutting edge technology utilized in Riot Tint significantly slows down or can even prevent unlawful entry into your home, school, office, etc.

Riot Tint™ is powered with Smart Tint®'s authentic power control unit and can operate multiple windows at the same time in a given zone. There is also an option to add an intelligent sensor that will immediately turn clear windows to opaque, making it impossible for an intruder to see through the glass. In other words, if a booming noise is detected such as a gunshot or other force to the window, the sensor will be activated and glass will instantly transform from clear to private (opaque) in less than one second, making it ideal and safe in any situation. Riot Tint™ smart security film can be controlled with the command from your voice, remote control or any third party control system such as Creston, Lutron, DMX, and Audrino just to name a few. Riot Tint™ is the only United States smart security film manufacturer and is independently tested to have a tinsel strength of over 14,000 pounds per square inch, qualifying it as true security film. Check out the certificate of test by visiting RiotTint.com.
The strength and durability of Riot Tint™ is attributed to the combination of its Smart Cling® Self Adhesive film along with its Smart Glass Spray solution which is applied in the pre-treatment of the glass for Riot Tint™ installations. Smart Cling® Self Adhesive film has been proven successful for over ten years to outgas on its own. Its peel and stick backing makes it suitable for permanent or temporary applications and can retrofit to any new or existing smooth glass. Smart Tint's exclusive Smart Glass Spray™ is a United States patented product and uses a proprietary Nano Glass Solution to significantly strengthen glass by bonding to microscopic defects, pits or other imperfections when spayed on to the glass. This creates the flattest, strongest possible surface for installing Riot Tint®. Smart Glass Spray™ removes all contaminants and is essential in prepping, making for ideal conditions throughout installation. After completion, all edges will be sealed with provided silicone.
Get a Quote 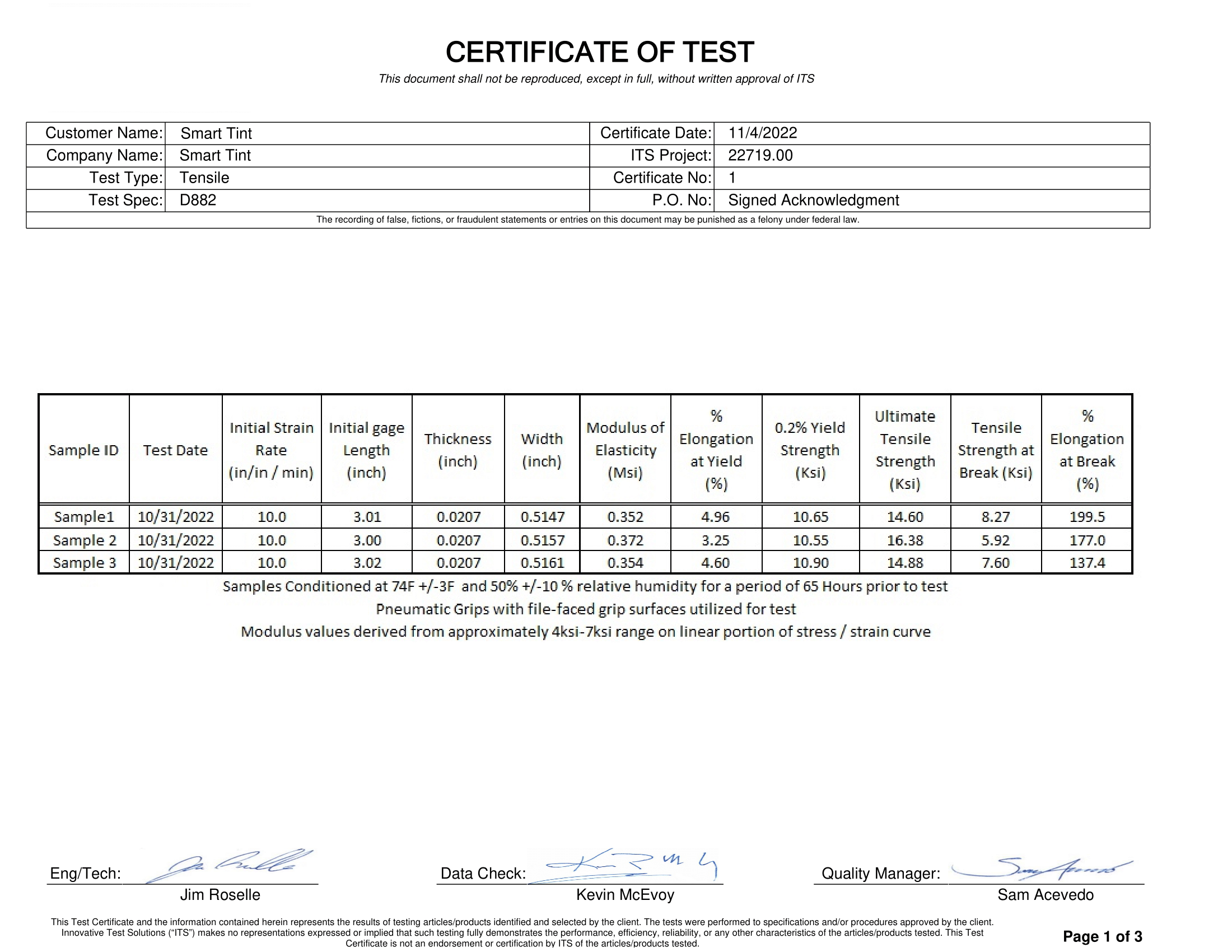 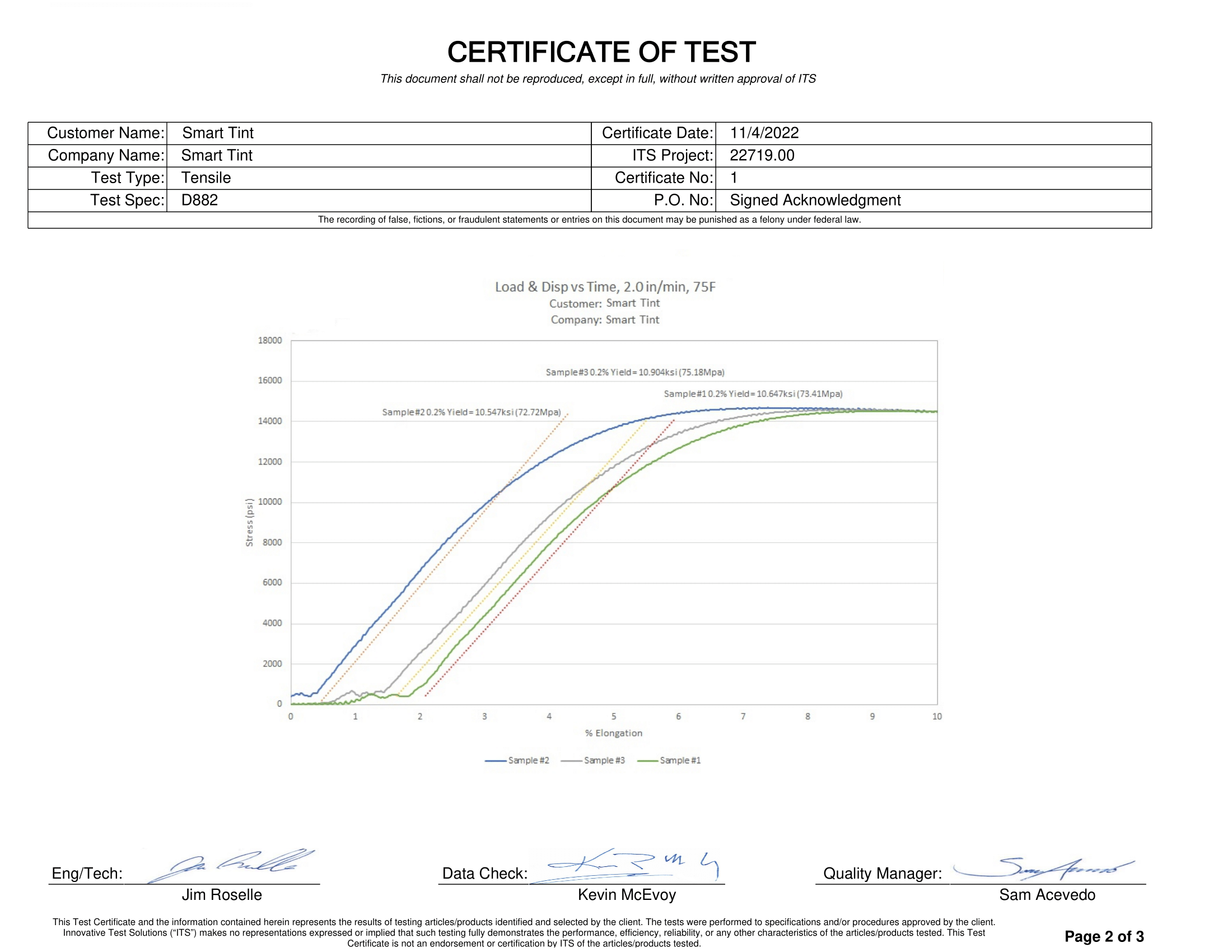 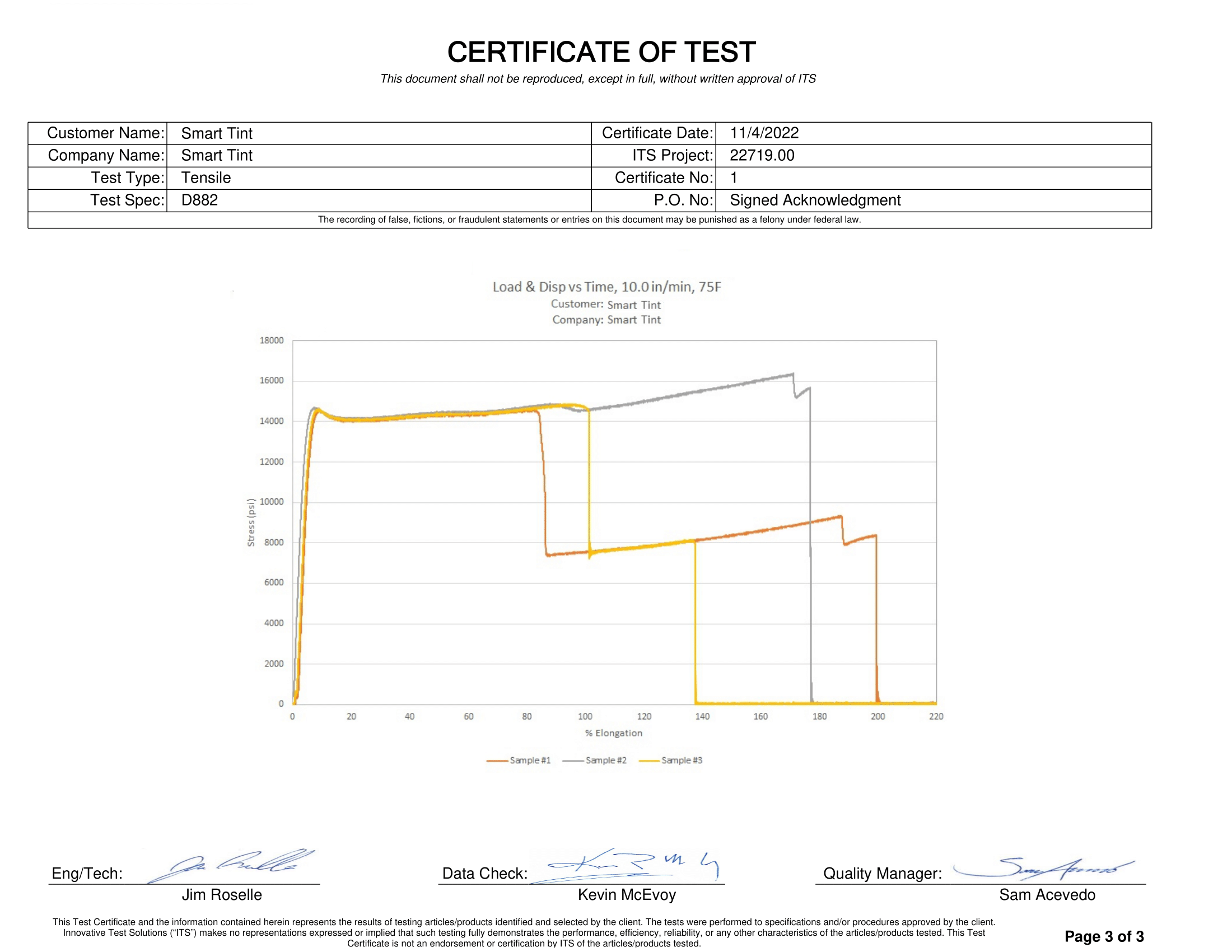 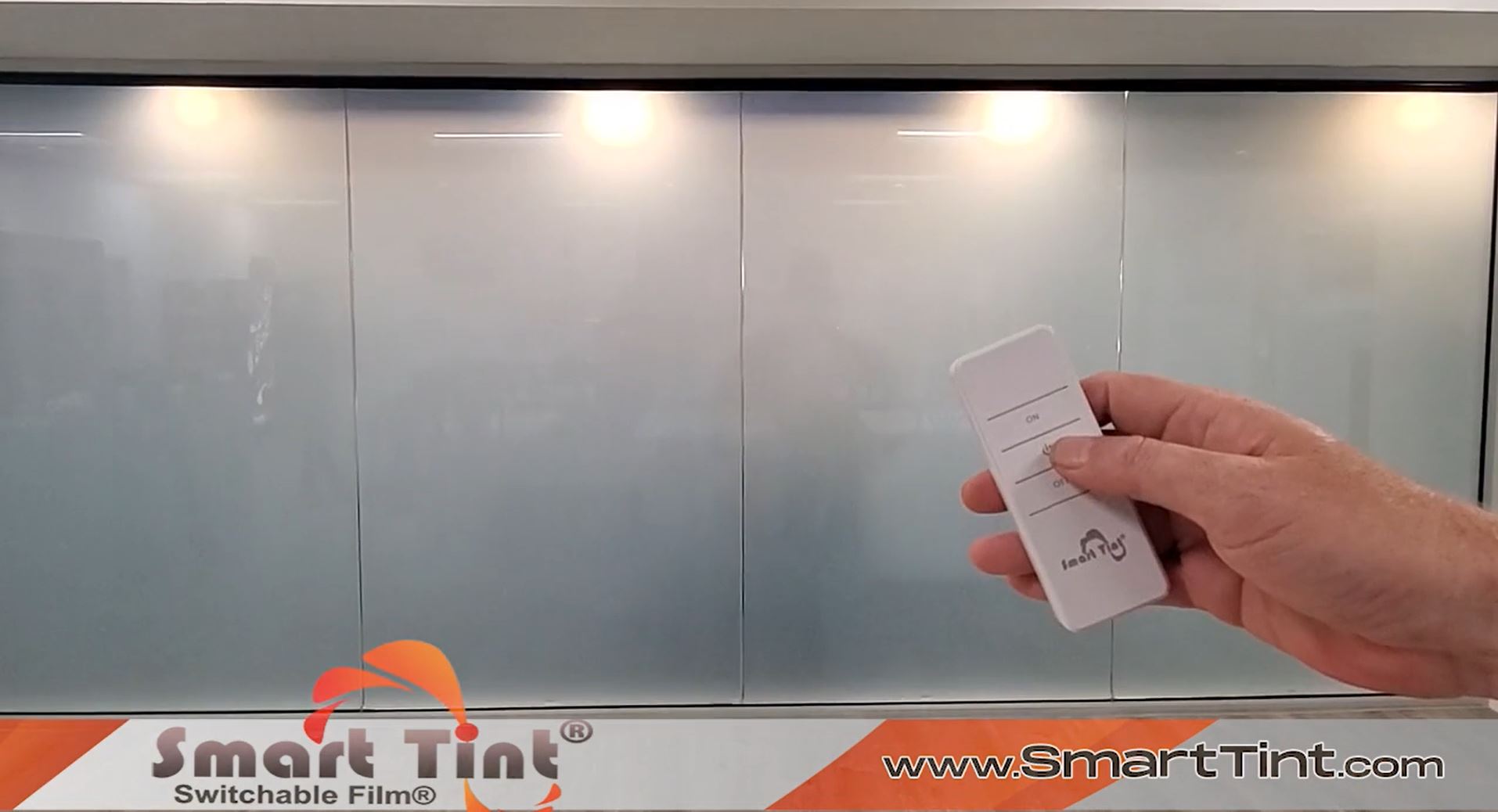 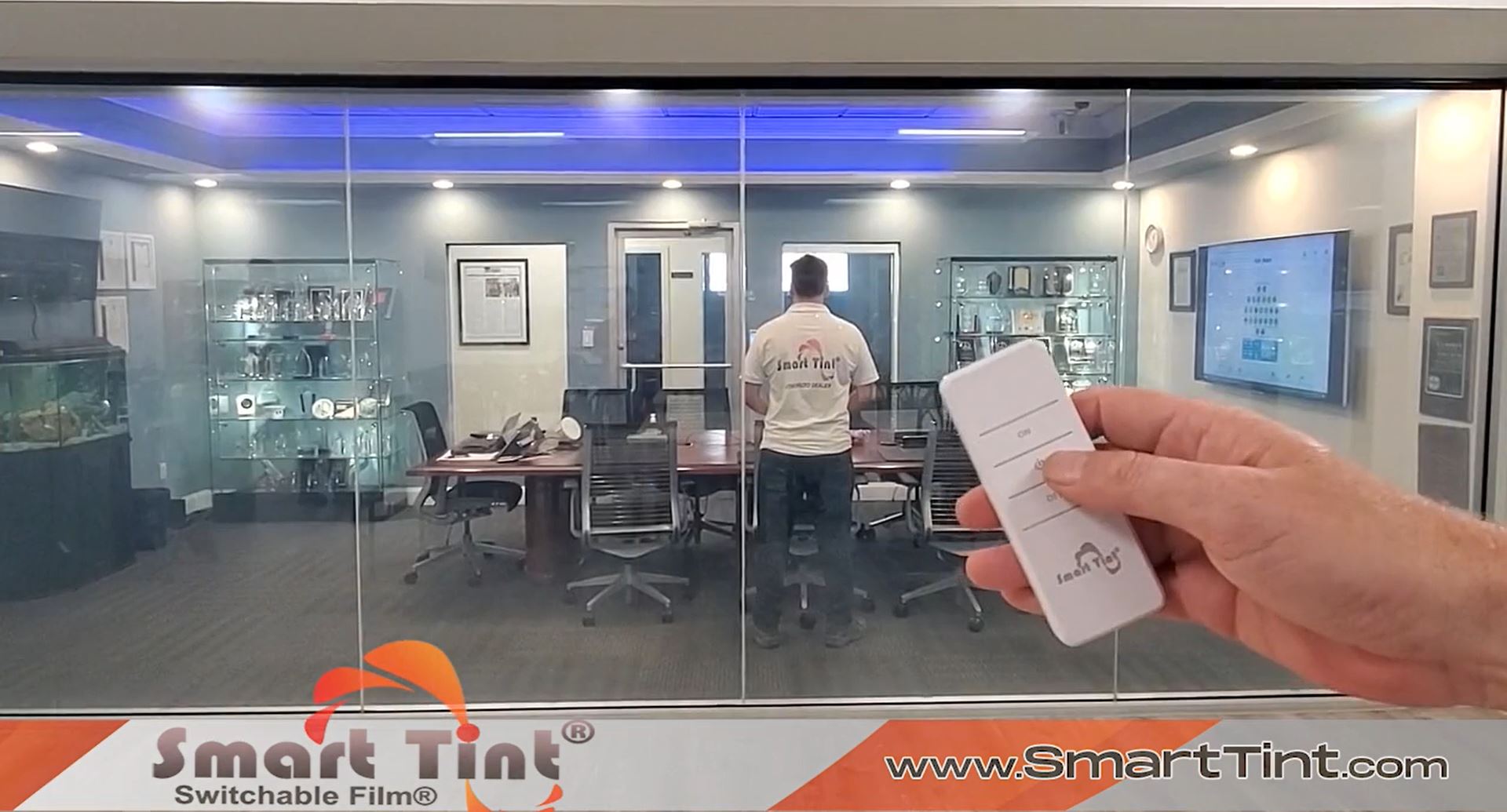 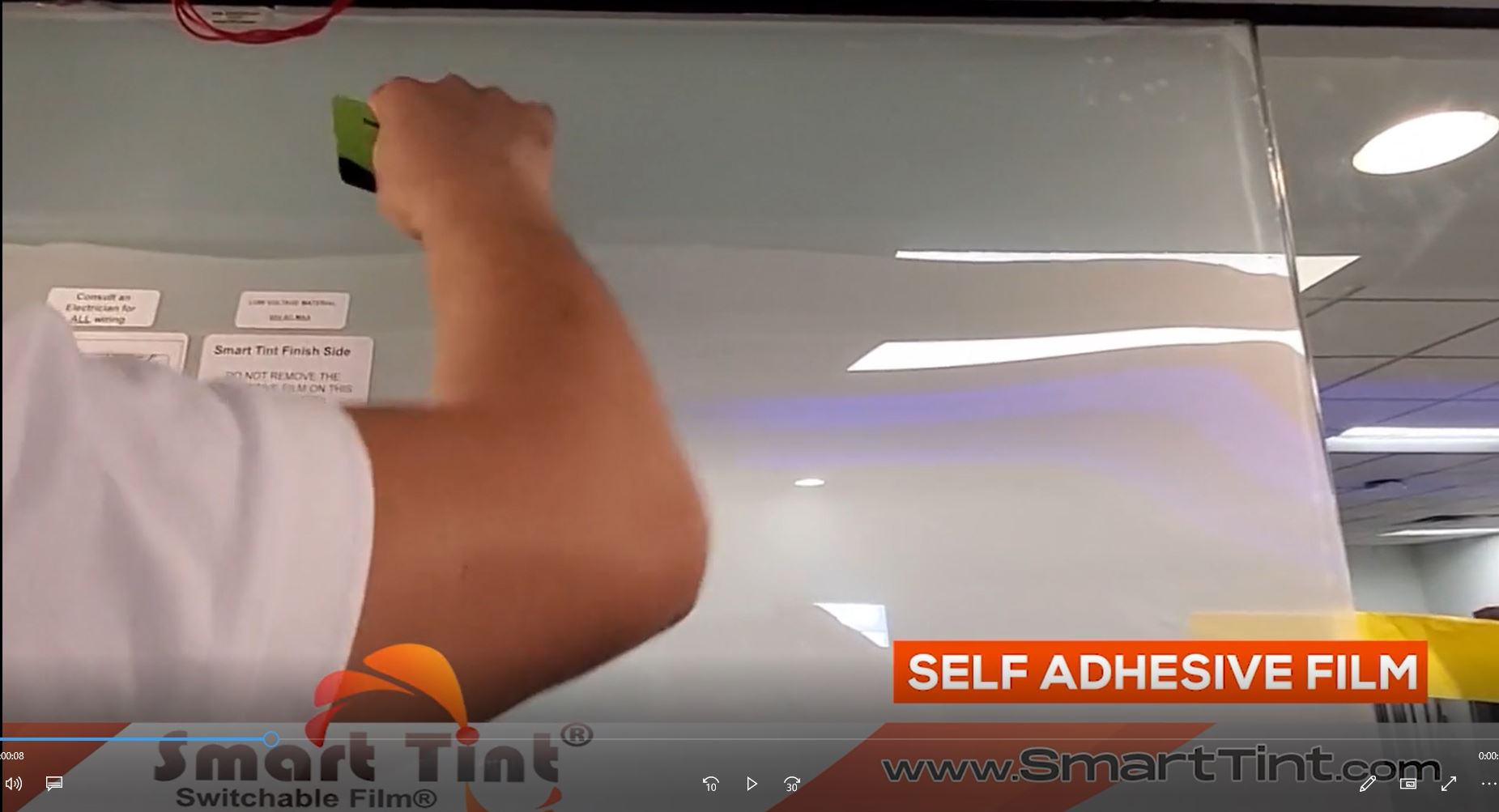 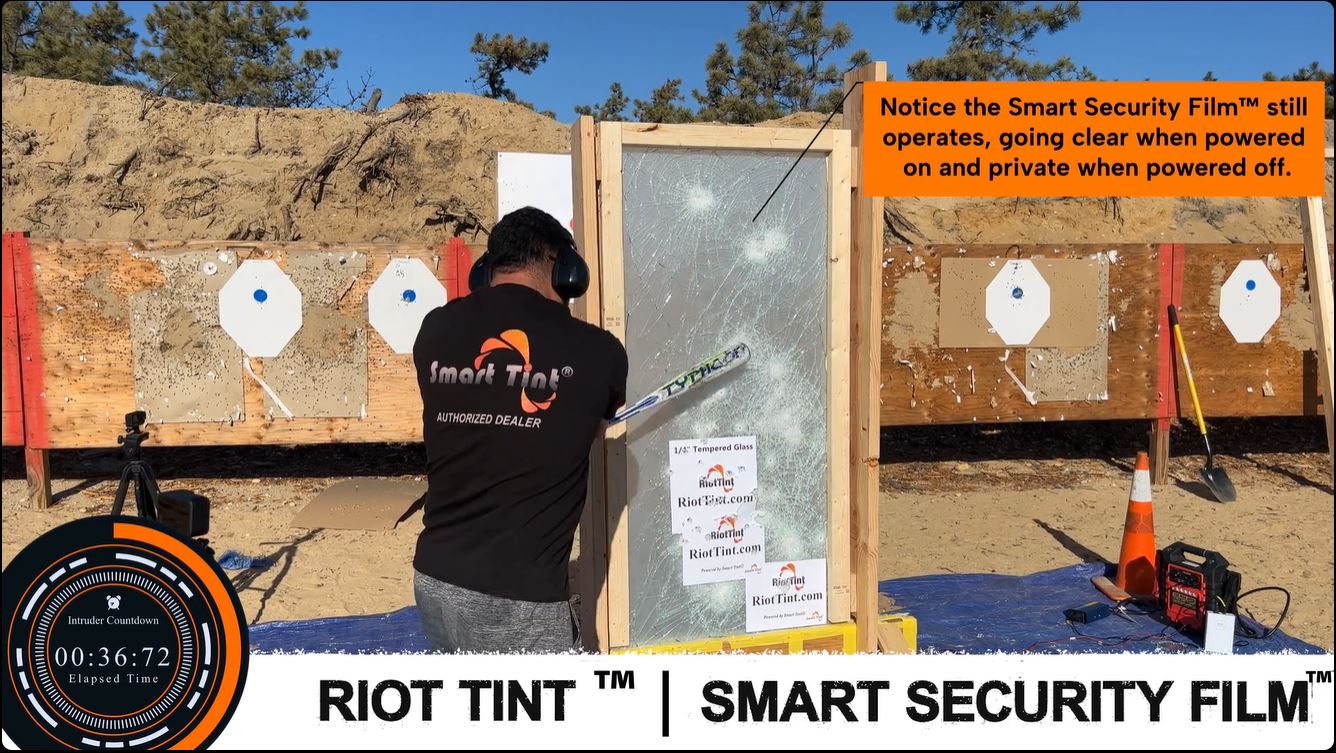 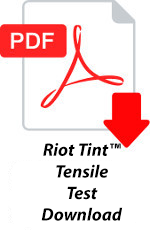 Riot Tint™ is eliminating the need for traditional laminated Smart Glass. Smart Tint installed on top of a glass surface provides the benefits of laminated smart glass at a fraction of the price. This unique film has a nano shell hard coating making it scratch resistant and extremely durable.

Get a Sample Kit!

Get A Sample Kit

The world's first Smart Security Film! RIOT TINT powered by Smart Tint retrofits to any new or existing smooth glass surface. It will create a barrier slowing down intruders when the glass is broken. Our intelligent sensor will also frost out all windows in the zone taking away the line of sight from the intruder. Every second counts and as you can see from the video. Need help or have questions?